education firm training clients such as the Harvard Business School faculty and executives at General Electric, Pillsbury, and Perdue Farms in using decision support technology.  As Senior Vice President at a higher education consulting firm, he consulted with such clients as Boston College, Harvard University, Bellarmine University, Hofstra University, Calvin College, Simmons College, and UCLA. The Association of Governing Boards of Universities and Colleges has adopted his refinements to traditional strategic planning as best practice for its 1,900 member organizations and 40,000 individual members. He also served as Vice President for Enrollment, Marketing, and Strategic Planning at Wheelock College in Boston, now a part of Boston University, where he helped create an M.S. degree program in Organizational Leadership. He also helped update Boston University’s M.S. degree in Science Communication.

As Vice President at a strategic communications firm, he consulted on branding, marketing, and change management for such clients as Joslin Diabetes Center, Switchboard, Raytheon Company, HP, Harvard University, Boston College, Fleet Bank, and United Asset Management.  He attended The Amos Tuck School of Business Administration Executive Program at Dartmouth College and holds an M.S. in Science Communication from Boston University and a B.A. from Northeastern University. He has won national and international awards for his writing and has appeared on WBUR’s Morning Edition and WGBH’s Greater Boston discussing leadership, management, and governance.

He lives in Amherst NH where he has served as selectman and implemented a very successful municipal governance process for the town. He has also served on Ways & Means, Capital Improvements Planning, and the Superintendent of School’s strategic planning committees.     (mike.akillian@strat-gov.com)

Having spent over four decades serving academic institutions as an administrator, consultant and trustee, Pat Casey draws upon a wealth of experience in working with schools ranging from the pre-school to the graduate levels. She is a skilled listener and observer who integrates quantitative and qualitative information to diagnose challenges and to identify solutions.

million public infrastructure improvement project for one of these Districts in West Peterborough.

Previously, Carol served for 14 years at the Southwest Region Planning Commission in Keene, NH and for the NH Office of Strategic Initiatives (formerly the Office of State Planning). During her tenure with the RPC, Carol developed several model ordinances, regulations, and handbooks for specific topics, including cell towers, earth excavations, and subdivision and site plan review.  With other staff, she developed the first state-wide handbook and training program for New Hampshire’s regional planning commissions as they embarked on a new effort to develop local hazard mitigation plans.

Carol has wide-ranging expertise in developing local master plans, and she has participated in and/or led master planning processes for every town in the southwest region of New Hampshire as well as for Moultonborough.  She is a 30+-year member of the New Hampshire Planners Association, which honored her with a Lifetime Achievement Award upon her retirement from the Town of Peterborough.

From 1999 to 2015, Carol taught the class on Selectmen’s role in land use planning and enforcement for Antioch New England’s Selectmen’s Institute.  In addition, she has served as an adjunct professor at Antioch NE teaching a course on Land Use and Community Planning.

Carol received her B.A. from Keene State College and her M.A. in Sociology and Policy Planning from Kent State University.  She lives in Gilsum, NH with her husband, both of whom served on the Planning Board for many years, and where she currently serves on the Board of Adjustment.

Carol has more than 30 years of experience in land use planning, which she draws upon to provide planning services to communities throughout New Hampshire. She recently served as Director of Community Development for the Town of Peterborough for 10 years where she was responsible for the day-to-day planning operations covering processing land use applications, ongoing updating of the Master Plan, and staff support to numerous citizen committees and planning board subcommittees. She managed the Capital Improvement Program, developed and maintained the Town’s first Hazard Mitigation Plan, and administered three Tax Increment Finance (TIF) Districts adopted by the voters.  She was instrumental in facilitating a $2.3 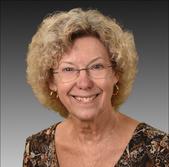 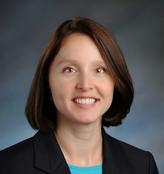 Sarah, AICP, joined the City of Nashua in 2014 as the Director of Community Development. In this position, she is responsible for the budget and leadership of the Community Development Division, which consists of six departments, including Building Safety, Code Enforcement, Planning and Zoning, Waterways, Transportation, Urban Programs, and various commissions, boards and programs.  Nashua is the second largest City in NH with a population of approximately 88,000 and is a Sister City to Mysore, India. Prior to Nashua, she served in Amherst, and Milford, NH. As Director of Community Development in Amherst, she was instrumental in introducing strategic governance to the Planning Board and other 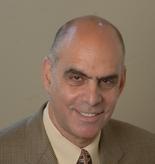 commissions as the selectmen were implementing it across town departments. She also helped align the Capital Improvements Planning process with the strategic governance initiative.

Sarah was elected President of the Northern New England Chapter of the American Planning Association (NNECAPA) representing NH, VT and ME, in 2015 after serving as the NNECAPA Legislative Liaison. She also serves on the Executive Committee of the New Hampshire Planners Association (NHPA) as Secretary, after serving as President from 2010-2014, and on the Nashua Chamber of Commerce Board of Directors. Sarah was named Professional Planner of the Year by the NH Planners Association in 2018 -- an honor given to an individual for a sustained contribution to the field of planning through distinguished practice. She also received the Planner of the Year award from NNECAPA in 2018. 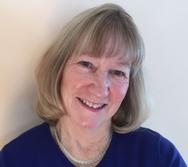 Mike has over 35 years experience in applying strategic planning, marketing, communications, and management to help organizations prosper.  He has served as head of marketing and on management teams of companies specializing in decision support and analytic software, electronic publishing, marketing/branding consulting, and strategic communications where he increased the client base, revenue, profitability, product/service portfolios, reputation, and geographic reach. He has consulted with corporations, non-profits, schools, and government agencies at all levels.

He has a strong background in education, having served as vice president of an executive-

were the building blocks of her professional life, enabling her to become a credible and respected consultant.

For over 20 years Pat helped to lead the efforts of Maguire Associates, an educational research and consulting firm.  She was the lead consultant on projects involving market research, enrollment assessments, and use of a strategic leveraging model for financial aid distribution.  Her clients included colleges and universities across the country as well as overseas.

Pat also developed a strong portfolio of K-12 clients, some of which, through her guiding efforts, elected to fundamentally change their mission and markets; for instance, in some cases, single-gender schools became co-educational, in others, 9-12 institutions added middle school grades. These extensive capabilities has made Pat a valued trustee.  Her perspective and collaborative style have enhanced her trusteeships at multiple institutions, including Saint Michael’s College in Vermont, Boston College High School, and Saint Columbkille Partnership School in Brighton, MA, where she currently serves as Chair of the Board.

Pat and her husband live in Newton, MA not far from her alma mater Boston College, where she earned both undergraduate and graduate degrees.

The Center for Strategic Governance, LLC